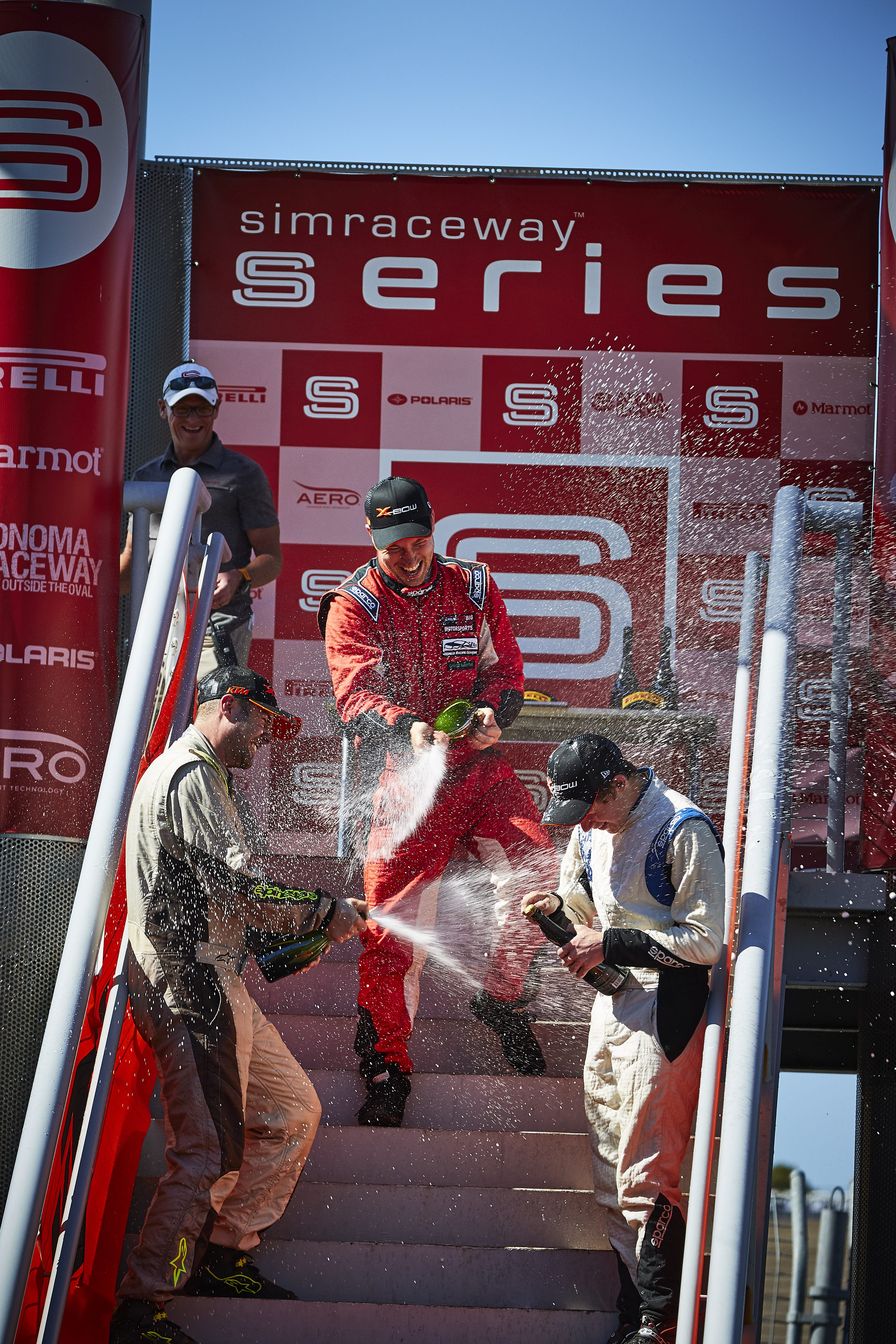 Simraceway hosted the first of four race weekends for the KTM X-BOW Cup USA on the final weekend of June. The inaugural event was a success, going down flawlessly with no mechanical issues or on-track incidents of any kind. All the competitors had a memorable time, and the event proved that the KTM X-BOW Comp R in Cup Spec really is the perfect platform for Simraceway’s ‘Arrive-and-Drive’ series.

Day one saw all Cup competitors immediately getting comfortable with their cars and setting fast lap times. The top four competitors were covered by a mere 0.624 of a second! Daniel Doerr qualified on pole for the first race of the weekend, his first ever pole position.

Adam Miller, who had never been to Sonoma Raceway and only driven one session by the time qualifying came, was already showing he was a strong contender for the podium in race one. After a hard fought battle throughout the field, Doerr came out victorious. Will De La Rosa finished in second in his first ever car race, and Adam Miller came close to taking a maiden podium.

Race two was gridded based on finishing position from race one and evolved into a battle of tire management. Miller and Doerr fought hard on track, but Miller managed his tires best, in addition to having the fastest race lap, and secured the win. Michael Kopper was the picture of consistency and showed impressive pace on aging rubber, finishing fourth after other competitors struggled late in the race.

All Cup racers were given new tires for the second day of racing which dramatically tightened the competition. Qualifying saw the top four cars separated by only a second, and Miller nearly broke into the 1:49’s with a blistering time of 1:50.156.

Race three – the first race on race day two – showed that all the drivers had really found their stride and lap times were consistent and fast throughout the race. Doerr, Miller, De La Rosa, and Jastremski exchanged spots during the entire race in daring out-braking maneuvers, and Doerr and Miller had some truly exciting battles even going side-by-side through the Esses. While Miller set the fastest lap time of the race and even broke into the 1:49’s, Doerr won the race by only 0.191 seconds over Miller.

Race four was the final race of the weekend and was a true dog fight. Despite being tired from racing all weekend, every driver was unafraid to drive in each other’s mirrors, stick their noses in everywhere they could, and attempt some heroic late braking.

Jastremski showed his speed and was quickly hunting for the lead. Miller had a late-race spin which pushed him out of the lead and mixed up the order. Jastremski, Doerr, and De La Rosa continued to fight furiously, and De La Rosa and Doerr were inches apart toward the end of the race. At the checkered flag, it was De La Rosa who came out on top despite a last lap pass attempt in the final corner by Doerr, giving Will his first race win ever on his first ever race weekend!

After winning two of the four races, Daniel Doerr walked away with a commanding points lead in the X-BOW Cup. In second place was Will De La Rosa, who isn’t even old enough to drive on the street, but showed incredible race pace on his first race weekend. Rounding out the podium was Adam Miller who had great pace and kept a cool head among stiff competition.

It was wonderful to see that the formula of a full day of practice and two identical race days with two races each worked so well. The competition between all the drivers was tight and exciting, the cars worked perfectly, and most importantly, the series gave people the opportunity to drive competitively and safely. We’re excited for the upcoming race weekends, having even more cars and drivers competing, and for even closer racing!